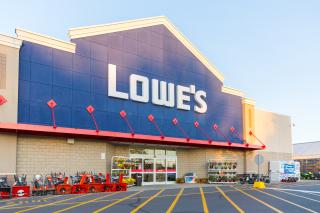 Lowe's in a December video announced forthcoming technology created through its Innovation Labs that it hopes will help deter theft at its stores.

In the video, Lowe's said the actions that retailers typically take to deter theft create a “locked-down” experience that is “unfair” to customers. The new technology — Project Unlock — will help reduce friction for shoppers, the retailer said.

Only products that are legitimately purchased will be activated at the register — meaning that stolen power tools will be essentially useless if removed from the store without activation. A product manufacturer will embed a small, battery-free chip into the power tool. The RFID contains the product’s unique serial number, Lowe's said. By default, the product is set to inoperable, but at checkout, an RFID scanner creates a unique key that activates the time for use.

The idea, according to Lowe's, is the process is largely invisible to the consumer. The second part of the equation is transparent purchase records — a publicly available anonymized list of legitimately purchased items that will help retailers, manufacturers and law enforcement determine whether a product has been stolen. Lowe's said resellers, for example, can check the database to ensure they aren’t buying a stolen good. Lowe’s said the database would not contain personal information.

“We see a future in which technologies like Project Unlock can help the entire retail ecosystem create a great environment for our customers,” said Seemantini Godbole, Lowe’s executive VP, chief digital and information officer.

According to 2020 data from the National Retail Federation (NRF), organized retail theft represents a $700,000 cost for every $1 billion in sales. Overall, 88% of retailers surveyed said the COVID-19 pandemic resulted in increased risk for their businesses, with a rise in theft and e-commerce fraud, according to NRF’s 2022 National Retail Security Survey.

Walmart CEO Doug McMillon said earlier in December that retail theft could lead to big changes for its stores and customers, including higher prices and store closures, CNBC reported. Target’s Chief Financial Officer Michael Fiddelke in November said shoplifting at its stores had increased about 50% compared to last year.