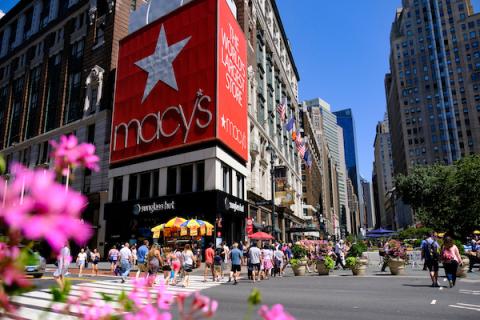 The department store retailer has occupied the Manhattan space and advertised in that space for almost 60 years, NPR reported. Macy’s filed suit in the Supreme Court in Manhattan against the company that owns the billboard, the Kaufman Organization.

According to Macy’s, when the retailer went to negotiate with Kaufman, the company already said it was in talks with a prominent online retailer, meaning it was likely Amazon.

Macy’s has asked for an injunction to prevent Kaufman from leasing the space to a competing retailer.

"The damages to Macy's customer goodwill, image, reputation and brand, should a 'prominent online retailer' (especially, Amazon) advertise on the billboard are impossible to calculate," the lawsuit reads.

The timing of the lawsuit is critical, as the billboard display is in prime view during the annual Macy’s Thanksgiving Day parade.