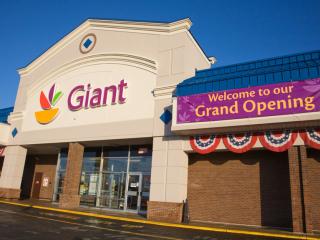 Profits at Ahold Delhaize soared 68 percent in the second quarter as the company benefited from savings generated by last year's merger of the Ahold and Delhaize groups.

“We are pleased to report a strong set of results,” said Dick Boer, CEO of the Zandaam, Netherlands-based retail conglomerate, which operates in 11 countries. “Sales improved across the board, and the group underlying operating margin increased by 30 basis points to 3.9 percent as merger synergy savings continued to track ahead of projections.”

According to the chief executive, the company is ramping up investments in its omnichannel strategy, which “combines a thriving network of brick-and-mortar stores with leading online businesses,” so as “to further unlock their promising growth potential.” Ahold Delhaize anticipates nearly 3 billion euros of online consumer sales this year, putting it on track to garner nearly 5 billion euros by 2020.

“A year after the merger between Ahold and Delhaize, the integration of the two companies is fully on track and delivering results as we continue to focus on strengthening our local brands through our 'Better Together' strategy. We expect to achieve gross synergies of 750 million euros by 2019, of which 250 million euros will be reinvested in our brands,” Boer added.

The company’s U.S. sales performance improved with the return of inflation, while margins grew thanks to solid synergy savings. “Our U.S. brands are well placed in a fast-changing competitive landscape,” noted Boer. “We continue to improve the price positioning of our Ahold USA brands and have developed effective competitive plans for Food Lion, facing new competition.”

He added that the U.S. business’ recently formed Retail Business Services division, which groups “scale and building expertise in own brands, digital and IT,” is getting up to speed, and that the company is setting up “a brand-centric operating model” to bolster local competitiveness in its markets.

Further, Boer said that the company expected its “underlying operating margin for the full year 2017 to be broadly in line with the first half of the year, with 220 million euros net synergies for 2017.”

In addition to quarterly results, the company also announced that Jack Stahl has decided to step down from the supervisory board of Ahold Delhaize, citing business-related commitments in the United States.

A member of the board since July 2016, Stahl was chairman of the audit, finance and risk committee and a member of the governance and nomination committee. Before the Ahold-Delhaize merger last year, he had been a member of Delhaize Group’s supervisory board since 2008. His highly successful business career includes stints as the president and COO of The Coca-Cola Co. and CEO and president of Revlon.

“Jack has been a committed and valued supervisory board member, first at Delhaize Group and, after the merger, at Ahold Delhaize,” noted Mats Jansson, the board’s chairman. “A veteran of the consumer goods industry, Jack played a key role throughout the merger process and in shaping Ahold Delhaize. I would like to thank him for his continued support and efforts. The supervisory board will miss his professionalism, dedication, insight and sense of humor."

Board member René Hooft Graafland, former CFO and member of the executive board of Heineken N.V., will take over Stahl's duties as chairman of the audit, finance and risk committee.