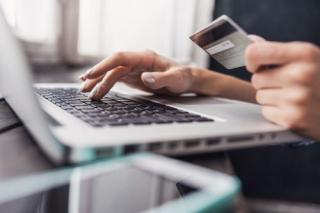 As shoppers flocked to digital venues to make their purchases in 2020, cybercriminals took aim and exposed the mounting vulnerabilities of e-commerce channels. In 2020, more than $1 trillion was lost to cyber crime, according to a recent report from Sift, a digital trust and safety company focused on fraud prevention.

With store closings and stay-at-home orders, online spending nearly doubled as online traffic rose 50%-70%. As the volume of e-commerce transactions grew, fraudsters seized on shopper behaviors and drove up attempted fraudulent purchases by 69% in 2020 compared to the prior year. Even worse, cybercriminals appeared to team up in 2020, increasing the complexity and reach of the fraud economy.

The results highlight a growing need for retailers to shore up data privacy protection on their digital platforms. While many cybercriminals obtain information and money from individuals directly or from other vulnerable databases, retailers are attractive targets for fraud because of the sensitive financial information they store about consumers.

One of the most heavily targeted areas by fraudsters was loyalty merchants, which typically help retain their customers. In 2020, fraud rates for loyalties jumped 275%, the report found. Many of these attacks dealt with dormant reward accounts for transportation that was halted during lockdown. However, omnichannel retail fraud rates spiked 50%.

Year over year, the average fraudulent order amount increases in commerce marketplaces, such as etsy, was 61%, compared to omnichannel retail (9%) and digital-first retail (2%).

Fraudsters tend to follow the money, which means they also upped their attacks on mobile shopping, which was estimated to reach $284 billion last year, or 45% of the total U.S. e-commerce market. “Well over” 50% of the fraud attempted in 2020 was over mobile devices, the report noted, increasing 11% from 2019.

Interestingly, fraudsters spent stolen money on an array of goods, including attempting to spend $5 million on watches and $5,000 on gift cards. The fraudiest type of payments in 2020 included gift cards and store credit.