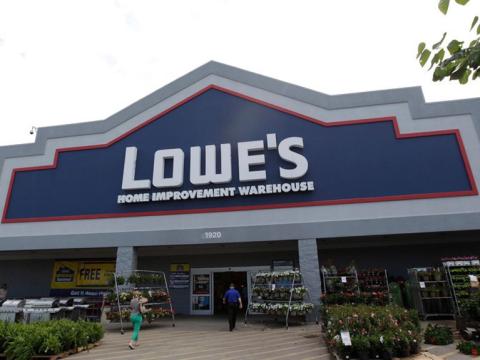 The company says it's implementing a new leadership structure with simplified roles and responsibilities to drive operational excellence.

The company says it's implementing a new leadership structure with simplified roles and responsibilities to drive operational excellence.

Formerly the CEO of J.C. Penney, Ellison took over as CEO of Lowe's on July 2. He replaced Robert Niblock, who announced his plans to step down as chief executive in late March after about 13 years.

"We have taken a fresh look at our organizational structure and are realigning our leadership team to improve our focus, better leverage Lowe's omni-channel capabilities and deliver increased value for our customers, associates and shareholders," said Marvin R. Ellison, president and CEO of Lowe's, who has only been in the job one week. "As we make this transition, I would like to recognize the numerous contributions of the senior leaders departing Lowe's and thank them for their years of service."

As part of the company's new leadership structure, the chief operating officer, chief customer officer, corporate administration executive and chief development officer positions have been eliminated, and responsibilities formerly under these roles will be assumed by other senior leadership roles that will report directly to Ellison.

These changes are effective immediately but will require a transition period until all roles are permanently filled.