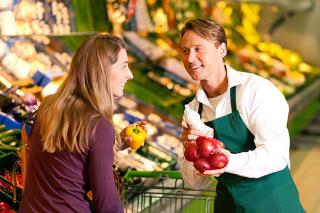 Retailers these days are looking for any signs of optimism, and the latest U.S. jobs report, issued Friday, might serve that purpose. Even though, that good news might only go so far.

According to the U.S. Bureau of Labor Statistics, May’s unemployment rate declined to 13.3%, a drop of 1.4 percentage points from April. Some 2.5 million jobs were added to the U.S. economy last month as well. Officially, and for now, the number of unemployed workers in the U.S. stood at 21 million in May.

“In May, employment rose sharply in leisure and hospitality, construction, education and health services, and retail trade. By contrast, employment in government continued to decline sharply,” the federal agency reported. “Among the major worker groups, the unemployment rates declined in May for adult men (11.6 percent), adult women (13.9 percent), Whites (12.4 percent), and Hispanics (17.6 percent).”

All retailers know the challenges of making it through the pandemic and its store closures and stay-and-home mandates. Any sign that points to more consumer spending would be welcome.

Even so, other recent data help paint the fuller picture.

For example, the latest Advanced Retail Trade Survey, from the U.S. Census Bureau, found that overall retail and food service sales declined about 22% year over year in April. Excluding gas, vehicles and automotive parts, the retail sales decline was 17.3%, the Census Bureau noted.

Such a dim outlook is why the new jobs figures hit a positive note in many quarters on Friday. But as reports and analysts noted, those latest numbers, as good as they looked, might not tell the whole story. As CNBC put it, “the real unemployment rate is likely at least 16%, according to the federal government. That would mean roughly 1 in 6 people can’t find work.”

The reason for that?

A potential error in data collection, as per the U.S. Bureau of Labor Statistics. The error stems from the counting of furloughed workers and temporary layoffs, and from a misclassification of such people.

“One thing that is a little bit discouraging in this report — there’s a lot to be encouraged about in this report — is the number of people on temporary layoff fell by 2.7 million in May,” said Jason Furman, former chairman of the Council of Economic Advisers, according to CNBC. “That means the entirety of the job gains was people being recalled, and in some sense, we’d still have a very, very high unemployment rate even if everyone was recalled to their jobs.”