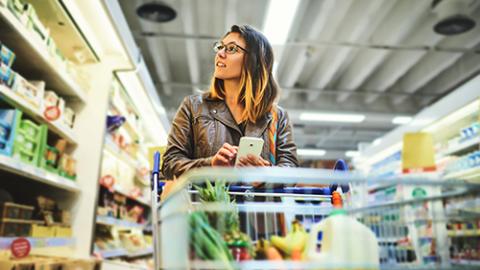 U.S. retail sales beat expectations in September, increasing 1.9% from the previous month — more than the Dow Jones economists' estimate of 0.7% — and 8.2% year over year, according to the U.S. Census Bureau.

In September, nonstore retailers were up 23.8% year over year, while building material and garden equipment and supplies dealers were up 19.1% from September 2020.

“Retail sales showed impressive gains in September,” said Matthew Shay, president and CEO of the Washington, D.C.-based National Retail Federation (NRF). “Consumers continue to prove their resilience and strength through this pandemic. Retailers and consumers are adapting to the current environment, embracing shopping in different ways and focusing on specific categories.”

Unemployment remains a problem — one that promises to last into the holiday shopping season — but the new retail sales figures reflect positive trends, according to another NRF official.

“A significant number of people remain unemployed, but more are going back to work, and that makes them confident about spending,” said NRF Chief Economist Jack Kleinhenz. “September retail sales reflect the support of government measures and elevated savings that are being spent now that consumers are shopping again. With less spending on personal services such as travel and entertainment outside the home, some of that money is shifting to retail cash registers. All in all, these numbers and other economic data show the nation’s economy remains on its recovery path.”

According to the NRF, highlights of the new retail sales report include: