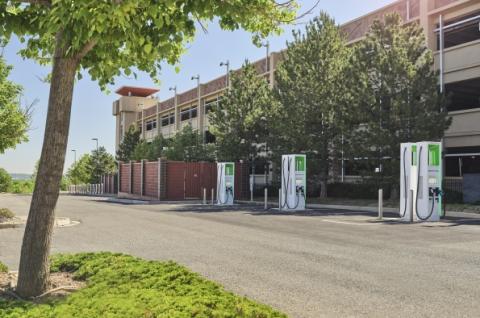 The 19 new stations at Westfield shopping centers across the United States will include a total of more than 100 individual chargers.

Electrify America and Unibail-Rodamco-Westfield (URW), the global commercial real estate developer and operator of Westfield shopping centers in the United States, are collaborating to bring public ultra-fast electric vehicle (EV) charging stations to 19 Westfield locations across seven states by the end of 2021.

The 19 new stations will include a total of more than 100 individual chargers, providing ample access to drivers wishing to charge their EV. Westfield visitors will also benefit from Electrify America’s state-of-the-art charging technology, which offers power levels of up to 150 and 350 kilowatts (kW) – allowing capable EVs to add up to 20 miles of range per minute.

The charging stations will be located across the country in:

The first of these charging stations is now open for public use at Westfield Century City, in Los Angeles.

“Electrify America is excited to bring ultra-fast EV charging to Westfield shopping centers, which are known for providing their visitors with exceptional experiences,” said Anthony Lambkin, senior director of operations at Reston, Virginia-based Electrify America. “Our charging stations will further enhance the Westfield experience for EV drivers, as we offer a seamless way to charge their vehicles at unmatched speeds.”

Electrify America is committed to placing charging stations in locations where they are needed, where people already go, and in places that offer the best customer amenities, such as shopping and food, so that charging is easier and more appealing. This collaboration offers Westfield customers a new on-site service that conveniences the growing number of consumers who drive electric cars.

“At URW, we are committed to safeguarding the communities we serve and protecting our environment for future generations through our Better Places 2030 strategy. Bringing ultra-fast EV charging stations to our centers is one of the ways we are doing that,” said Paul Kurzawa, U.S. EVP, operations for Paris-based URW. “We are proud to work together with Electrify America to bring this amenity to our guests as an added convenience while they visit our centers to shop, dine or play.”

Earlier this year, Midwestern retailer Meijer, based in Grand Rapids, Michigan, said that it was teaming up with Electrify America to install electric vehicle (EV) charging stations at nine of its stores in Illinois and Michigan. The stations will feature a total of 36 ultra-fast public EV chargers, adding more public charging options in the greater Chicago area and in the state of Michigan.