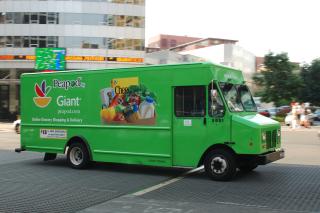 In the year and a half since its merger, Ahold Delhaize is generating sales growth increases in a highly competitive grocery environment.

"Our investing heavily in innovation and new online tools and technology as well in the United States as well in Europe we see that back our customers like that as well in the Netherlands. Certainly also in New emerging market we see more appetite for better food products better supermarkets and we believe that with European economy hopefully also getting some traction," CEO Dick Boer said in an interview with CNBC.

According to Zaandam, Netherlands-based Ahold Delhaize, sales performance at Ahold USA was analogous to the previous quarter, with same store sales edging up 0.6 percent, excluding gasoline, and slightly improved after adjusting for weather and holiday shifts versus the previous quarter. The company anticipates that market share will be stable compared with last year. Price inflation of 1.1 percent was broadly in line with the previous quarter. Giant Carlisle posted a strong quarter, with the division’s new Beer & Wine locations spurring more transactions.

At Delhaize America, same store sales rose 1.5 percent, with both Food Lion and Hannaford reporting positive comps growth, and market share is expected to increase from last year. Food Lion continued to gain from the deployment of the Easy, Fresh and Affordable store makeover program in the Charlotte, N.C., market last year and the Richmond, Va., and Greensboro, N.C., markets this year. Price inflation of 0.7 percent was broadly similar to the previous quarter.

For the full year 2017, Ahold Delhaize said that it expected pro forma underlying operating margin for the group to be 3.9 percent, consistent with guidance.