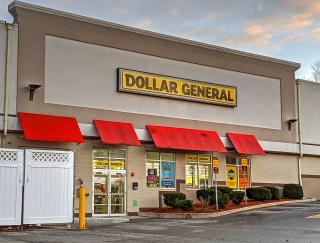 A year into the Covid-19 pandemic, things may be turning around for retailers opening new brick-and-mortar stores. Already in 2021, store openings are outpacing closures, bucking last year’s trend, according to Coresight Research’s Weekly Store Openings and Closures Tracker.

Retailers plan to open 3,100 stores in 2021, compared to the 2,548 closures already announced this year, according to the data as reported by CNBC. Planned openings in 2021 are also higher than the total openings in 2020 and may be on track to outpace 2019 openings.

This new trend aligns with consumer preferences, after a recent report found a large segment of the population still prefers in-store shopping compared to online. Nearly half (46%) of shoppers surveyed in Raydiant’s State of Consumer Shopper Behavior said they preferred to shop in person rather than online given the choice.

"The findings confirm our belief that despite all the change that came in 2020, many consumers still prefer shopping in person,” Bobby Marhamat, CEO of San Francisco-based Raydiant, said in the report. “The brands who survive and thrive in the years ahead will be those who focus on serving these consumers and use in-location experiences as a competitive advantage."

Some of the sectors seeing a boom in planned openings in 2021 include discount retailers, such as Dollar General, which announced it will open 1,050 new stores in 2021. Dollar General will also update its store format, with a larger footprint and expansions of its more upscale brand, Popshelf. Dollar Tree announced plans to open 600 new stores in 2021--400 under the Dollar Tree name and 200 under Family Dollar. It will also renovate another 1,250 Family Dollar stores.

Bix box store Target, which has come to be known as the sweetheart of omnichannel growth during the Covid-19 pandemic, plans to accelerate new store growth with 30 to 40 planned openings in 2021.

"2020 was a record-breaking year thanks to the work of our team and their commitment to serving our guests amidst unprecedented demand,” Michael Fiddelke, CFO Target, said during the company's end-of-year earnings call. “As we head into 2021, we are building on the aspects of our differentiated model that make Target the preferred one-stop-shop for millions of guests.”