Amazon has a 38.7% share of the U.S. e-commerce market, according to eMarketer. Here’s who else the firm says comprise the top 10.

Target moved into the top 10 ranking U.S. e-commerce retailers, according to a ranking compiled by eMarketer, which also documents other notable shifts.

The firm put Target at number eight, up from 11 last year, on a list which has Amazon in the top spot followed by Walmart at a distant second. Target’s big move came at the expense of QVC and HSN owner Qurate Retail Group.

“At a time when brick-and-mortar stores are struggling to keep up with the fast-changing retail landscape, Target seems to have hit the bullseye,” said eMarketer forecasting analyst Cindy Liu. “Store renovations and expanding same-day fulfillment options, such as in-store pickup, drive-up and delivery with Shipt, are paying off. Target has found a way to use its stores to fulfill online orders while keeping up with customer demands for convenience and speed.”

This year, Target is expected to surpass Costco, which eMarketer forecasts will generate $8.33 billion in ecommerce sales. Macy’s and Qurate Retail Group will both see their shares of the total US e-commerce market decline this year. Macy’s share will drop to 1.1% from 1.2% in 2019, even though its online business continues to grow. Qurate, however, will see its online sales decline for the second year in a row, dropping its ecommerce share to 1.0% from 1.2% last year. As a result, Qurate will drop off the top 10 list for the first time.

“The softening apparel market is adding pressure to both Qurate and Macy’s, whose main product lines are made up of apparel and fashion,” Liu said. “As these two retailers struggle to meet the demands of consumers and fail to pull in new shoppers, we will see other retailers capitalize on their share declines this year.”

Other retailers on the top 10 list are also losing share, according to eMarketer. For example, eBay and Apple will both see their shares of the U.S. ecommerce market drop slightly in 2020. Meanwhile, Amazon’s share will grow to 38.7%, up from 37.3% in 2019.

This year, Amazon is estimated to capture 4.6% of total retail sales (online and offline) in the U.S. 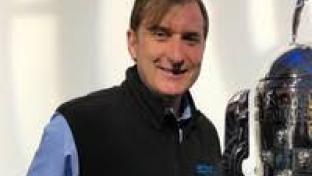 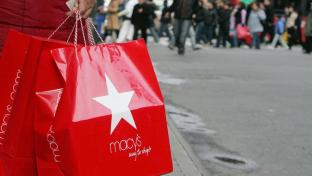 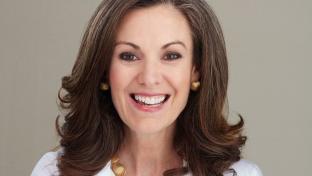 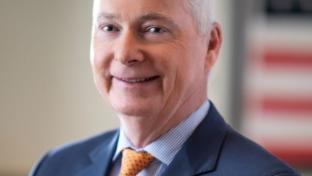 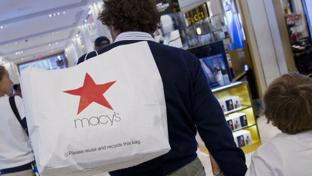