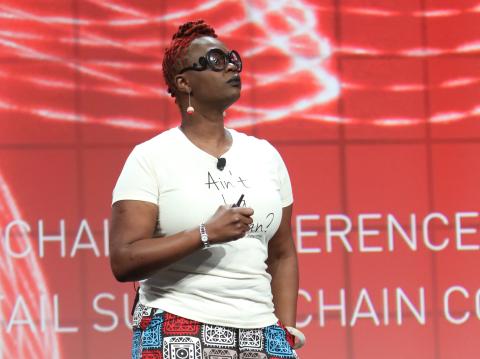 Target’s top diversity and inclusion executive is leaving the company at what could appear to be an inopportune time based simply on the optics of recent events in Minneapolis.

On Monday June 1, while Minneapolis and dozens of cities nationwide were dealing with violent protests and widespread looting stemming from the police killing of unarmed black man George Floyd, Essence Ventures announced that it had hired Caroline Wanga to serve as its chief growth officer. Wanga is Target's chief culture, diversity and inclusion officer and VP of human resources. Essence Ventures is an independent black-owned consumer technology company that describes itself as merging content, community and commerce to meet the evolving cultural and lifestyle needs of people of color. Wanga will join Essence on June 29.

“Over the course of her nearly 15 years with the company, Caroline’s contributions have been significant, and it’s been rewarding to support her as she’s grown as a leader during her time at Target,” said Target chairman and CEO Brian Cornell. “In recent years, she championed our approach to diversity and inclusion and built a leading strategy that drove measurable and meaningful results across the enterprise. As Caroline often shares, ‘we all have a role to play,’ and thanks to her leadership, that’s a call to action the entire Target team fully embraces. We look forward to extending Caroline’s legacy at Target as she joins Essence Ventures, one of our longstanding partners.”

(Wanga delivered a compelling speech and shared fond memories of the opportunities she was afforded by Target at the Retail Industry Leaders Association supply chain conference in 2018.)

Wanga began her Target career in supply chain, serving in a variety of transformational leadership roles, including modernizing supply chain, business intelligence, digital and strategy capabilities. Most recently, she led Target’s strategic intent to champion an inclusive society with accountability for inclusive guest experiences, a diverse and inclusive work environment and societal impact. As a cultural catalyst, she helped fuel Target’s business objectives through the company’s first-ever performance based diversity and inclusion goals, significantly improving areas including supplier diversity, marketing, philanthropy, retention, hiring, representation and engagement. She also had responsibility for reshaping Target’s organizational culture, according to a statement announcing her move to Essence Ventures.

“Throughout my career, I’ve had the opportunity to work with incredible people and partners to drive business objectives, including diversity, inclusion, and culture efforts,” said Wanga. “I believe that a commitment to building communities is the path to success, and I am eager to continue on this path forward in my new role at Essence Ventures as I bring my experience to bear to advance the brands, provide increased value to partners and above all, develop more purposeful approaches to serving communities of color.”