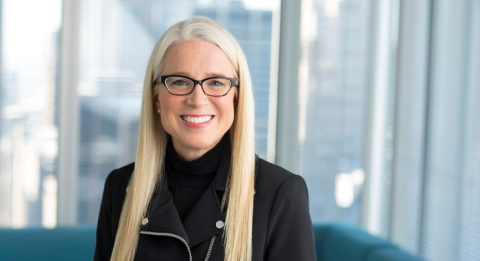 Sarah Alter, President and CEO, The Network of Executive Women.

In my travels lately, there’s a lot of discussion around the latest Fortune 500 report. The headline: 33 female CEOs now sit in Fortune 500 ranks. I applaud progress—that’s more women than ever—but without taking a breath, the next words out of my mouth are: “That’s 6.6 percent. About 43.4 percent too low, if we are striving for 50 percent.”

When I was a young girl, I didn’t dream of becoming a nurse or a teacher. Both are honorable professions, but they’re weren’t in my wheelhouse. I wanted to be in business. And not just in the rank and file--I wanted to be a CEO. I didn’t have female CEO role models, though, because there were so few. There still are far too few. Even as our societal demographics continue to shift, the seats of power within global companies have remained stuck decades in the past.

Now that I am a CEO, I can look back on the road traveled. And I’m determined to be one of the executives who smooths the road for the women that come after me.

If progress in the CEO ranks has been slower than desired, progress for women at the board level has also been sketchy. This year’s board representation numbers for the Fortune 500 show a trend—the same small group of women are being tapped for multiple boards. We’re not expanding in number, more so in number of board positions held by the same women. Seven women serve on four Fortune 500 boards. Thirty-four women serve on three.

Boards want experience. They want C-suite experience. Yet women only comprise 6.6 percent of Fortune 500 CEOs. And my organization’s research shows a female leadership crisis: senior women are heading for the exits at a far higher rate than men. Female higher-level managers, executives and C-suite members leave their jobs nearly four times as often as men (26.9 vs. 7.3 percent).

So it becomes a chicken-and-egg conundrum. California took the lead to legislate greater equality on boards, which should help get more qualified women into C-suite positions. Board equality legislation is also moving through the legislature in my home state of Illinois, and being considered in New Jersey as well as a few other states. But I have to be honest, I’m always disappointed when it takes a law to force companies to do what is good, right and just plain smart.

The future could be so bright. It turns out I was far from being a unicorn in my 12-year-old aspirations. Almost three out of four women (74 percent), early in their career, want to become executives, according to the Leaders & Daughters Global Survey of 7,000 women in seven countries on five continents.

My question is: What happens to change that? From my own experience, it’s potholes in the road to the executive suite. NEW research shows a few issues across the board cause women to leave companies in droves. Just a few key actions could help them stay:

Confronting bias. Combine a lack of female role models in executive management with the sense of isolation that can come from being the only woman in the room—add in a lack of sponsorship--and you have a recipe for female leaders heading to the exits. Only 36 percent of women surveyed agree there is minimal favoritism within their company. The similar-to-me bias, unless addressed head on within corporate culture, means many executives will hire and promote candidates with similar interests, backgrounds and experience to them.

Offering transition support/career pathing. When females report on the support they receive from those above them in the corporate hierarchy, only half say they receive support when they accept a new challenge or job. Men’s perception of support from peers and their managers ranks higher, at 63 percent. And while six out of 10 women say their supervisor entrusts them with a range of assignments that help prepare them for their next role, the remaining 40 percent are not receiving the corporate stretch roles and breadth of experience necessary to place them in contention for positions of higher responsibility and authority. This leaves women either stagnating in their current role, feeling passed over or promoted without sufficient development or support through the transition. None of these situations bodes well for women reaching the C-suite successfully.

Modernizing work schedules. While the world has changed dramatically from the years when men worked and women stayed at home to take care of children and domestic duties, work schedules have not, to the detriment of women with children especially. As Melinda Gates wrote, “We’re sending our daughters into a workplace designed for our dads.”

As institutional investors push for greater diversity on boards and C-suites because of the business case for it, I think we’ll see more progress. And I do think we’ll reach the tipping point sooner than later, where plodding progress becomes a quantum leap.

My 12-year-old self certainly hopes so. And my present self is committed to playing a key role in making it happen as rapidly as possible. To join me in the effort, visit NEW online or in person July 30 for our NEW Executive Forum, focused on reframing the gender equality conversation.

A quantum leap forward is an eventual certainty. But its speed depends on executives like us furthering the cause. Join me.

Sarah Alter is president and CEO of the Network of Executive Women, a learning and leadership community representing 12,400 members in 22 regional groups in the United States and Canada. Learn more at newonline.org.