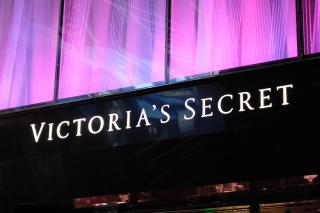 Victoria’s Secret & Co. will acquire Adore Me, a direct-to-consumer (DTC) brand that sells intimate apparel for women, in a cash deal valued at $400 million.

Victoria’s Secret said the deal would allow it to use Adore Me’s technology and expertise to modernize its digital platform and improve the shopping experience for customers at its namesake brand and at Pink, according to a release

“Adore Me is a technology-led, digital-first innovator in the intimates category that will help us bring differentiated experiences to Victoria’s Secret and Pink customers,” said Martin Waters, Victoria Secret’s CEO, in the release. “This acquisition will be a significant accelerant as we pivot toward growth and modernize the foundation of our company with an entrepreneurial mindset that puts technology at the forefront of everything we do. In partnering with the incredible team at Adore Me, we will move to the future much faster.”

Adore Me, which was founded in 2011, has more than 1.2 million active customers, according to the release. The digital-only DTC brand offers services that include a monthly subscription box and a home try-on experience that it said leads to customer retention. Adore Me’s digital shopping platform uses algorithms and other proprietary tools to provide a personalized experience to each of its customers, the release said.

“We have significantly grown our business over the past decade, and are excited to bring our technology, purchase experiences, inclusive assortment, brand and team to join the next phase of Victoria’s Secret’s growth and customer journey transformation,” said Morgan Hermand, founder and CEO of Adore Me, in the release.

The deal comes as Victoria’s Secret continues to push forward on a rebrand to shed its controversial image and regain lost market share. The retailer first announced it was working on rebranding in August last year amid a years-long backlash against the company, as The New York Times reported.

But its efforts to course correct started earlier. It canceled its famed annual fashion show in 2019, and in 2020, founder and longtime CEO Leslie Wexner stepped down amid criticism about his reported connections to the late sex offender Jeffrey Epstein.

The deal to acquire Adore Me has been unanimously approved by the Victoria’s Secret board and is expected to close in January next year, according to the release. The retailer has recently invested in other DTC brands, including an $18 million deal in March for a minority stake in Frankies Bikinis. In April, Victoria’s Secret launched its own DTC brand, Happy Nation, a digital-only brand with products targeted toward tweens ages 8-13.