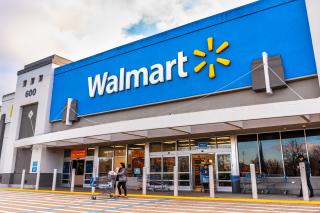 Walmart will hold Black Friday sales online and in-store through the month of November as retailers continue to amp up discounts for the holiday season.

For the third year in a row, Walmart will hold its “Black Friday Deals for Days” during the month of November. This year, discounts will be available every Monday in November on Walmart.com, according to a press release. Customers who have a paid Walmart membership will be able to access the sales seven hours earlier than other shoppers.

For regular shoppers, sales will begin online each Monday at 7 p.m. and will last in-store through Wednesday for the first two weeks. On the third week, the in-store deals will run until Friday. The sales will culminate with the retailer’s Cyber Monday sale on Nov. 28, Walmart said. Customers can expect deals on a wide variety of products, including from brands like Lego, Dyson and Apple.

“Black Friday has evolved over the years from a single day to an entire season and is without a doubt the most anticipated shopping event of the year,” said Charles Redfield, executive vice president and chief merchandising officer for Walmart, in the release. “That’s why we continue to challenge ourselves to offer an unparalleled Black Friday experience each year, giving customers more of what they love – more opportunities to shop even bigger savings on Walmart’s best assortment of gifts, easily and conveniently, online or in our stores.”

Retailers, like Walmart, are expected to offer heavily discounted products throughout the holiday season as they work to shed a high volume of inventory. For the first time ever, Amazon in October held a second shopping holiday for its Prime customers in addition to its annual Prime Day sale. While Amazon said tens of millions of its Prime members participated in the 48-hour “Prime Early Access Sale,” the sales reportedly failed to reach that of Prime Day in July, according to third-party analysis. Target began its holiday sales at the beginning of October.

Despite pressures on consumers, including ongoing inflation and interest rate hikes, Deloitte predicts consumers will spend just as much on average as they did last year during the holidays —  about$1,455 per consumer.

Both Target and Walmart in September said they planned to hire thousands of seasonal workers this year, as Retail Leader previously reported. Target said it was hiring 100,000 new employees, while Walmart said it planned to add 40,000 people to its workforce. Target’s seasonal hiring was on par with its hiring last year, while Walmart’s was down from the 170,000 it said it planned to hire during the 2021 holiday shopping season.