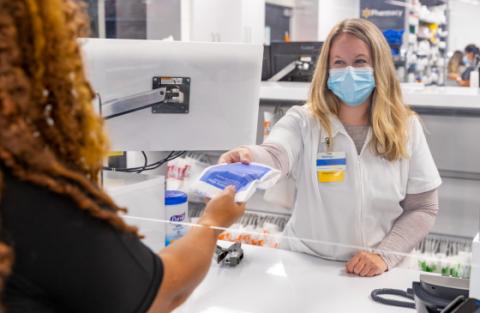 The launch of the drug comes as insulin prices have soared in the U.S. Roughly 11% of Americans are impacted by diabetes, which many patients treat with insulin. Walmart’s new private label insulin brand is called ReliOn NovoLog Insulin, falling under Walmart’s other ReliOn private label products.

The insulin will cost $72.88 for a vial and $85.88 for a package of prefilled insulin pens, Chain Store Age reported. That translates to savings of up to $101 per branded vial or $251 per package of branded FlexPens, according to Walmart. Treating diabetes, which impacts about 14% of Walmart customers, can come with a price tag around $9,601 per person per year, according to the ADA. Additionally, the price of insulin has skyrocketed over the last several years, with the average price of insulin rising 47%, from $0.23 to $0.34, from 2014 to 2019, according to GoodRx.

Walmart already sells its own insulin brand, albeit an older formula that may not be as effective at managing blood sugar swings as the newer versions of insulin, which are called analogs, according to some doctors and experts.

“We know many people with diabetes struggle to manage the financial burden of this condition, and we are focused on helping by providing affordable solutions,” said Dr. Cheryl Pegus, executive vice president Walmart Health & Wellness. “We also know this is a condition that disproportionately impacts underserved populations. With ReliOn NovoLog insulin, we’re adding a high-quality medication for diabetes to the already affordable ReliOn line of products and continuing our commitment to improve access and lowering cost of care.”

The products will be available at Walmart pharmacies this week and Sam’s Club pharmacies by mid-July.