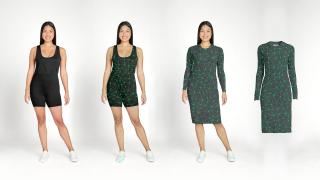 Walmart has launched “Be Your Own Model,” an expansion of its digital offerings, allowing customers to upload their own photos to virtually try on clothing when shopping online.

The new service is tied to Walmart’s acquisition of Israel-based ZeeKit in 2021, which offered the technology now used for the virtual try-on feature, Walmart said in a release. At the time, Walmart said the ZeeKit software used real-time image processing to map the clothing items and a person’s body “into thousands of segments” to merge the images into “one final simulation.”

Walmart said its new offering is more realistic than similar services offered by its competitors, because “Be Your Own Model” would appear less computer-generated. The service at launch is available for more than 270,000 items, according to Walmart, including pieces from brands such as Free Assembly, Scoop, Sofia Jeans and Sofia Active by Sofia Vergara, Love & Sports, ELOQUII Elements, Time & Tru, Athletic Works, Terra & Sky, No Boundaries, Avia and The Pioneer Woman.

Initially, the service is available only to users of the company’s iOS app, but Walmart said it would soon add the service to its app for Android devices, according to the release.

“This experience allows customers to use their own photo to better visualize how clothing will look on them, and creates a gamification of shopping that we believe will be very compelling to the customer,” said Denise Incandela, the executive vice president, of apparel and private brands at Walmart, in the release. “Walmart is the first to offer a virtual try-on experience for apparel brands at scale, and it’s the most realistic application I have seen.”

In March, the retailer announced its “Choose My Model” service, which enabled online shoppers to choose from dozens of models ranging in height and size who most closely resembled their body type.

Other retailers, including Warby Parker, L’Oreal Paris, and e.l.f Cosmetics, also offer various virtual try-on services that allow customers to try out the products virtually before they decide whether to purchase them. 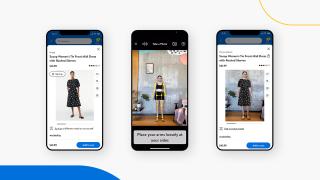 The "Be Your Own Model" tool is currently available on Walmart's iOS app. (Walmart)
Advertisement